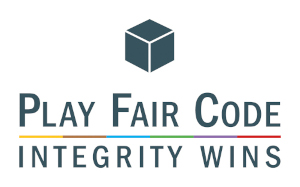 Under the leadership and direction of President Günter Kaltenbrunner, the objective of the Play Fair Code is to achieve clean and manipulation-free competitions together with Austria's top sports associations, athletes, coaches, support staff and club managers through prevention measures, awareness raising, training and education.

Since the Ice Hockey League joined the Play Fair Code in September 2014, the ice hockey professionals of the ICE Hockey League, the Alps Hockey League (AHL), the Young Stars League and the Juniors League and referees or club and association officials have actively participated in the integrity workshops.

In 500+ training sessions with approximately 15,000+ Austrian and European athletes to date, sport-specific training modules (storytelling, actual examples and cases, videos, etc.) have been used to promote prevention in a sustainable and comprehensive manner and to raise awareness against match manipulation and for integrity in sport.

In addition to the establishment of an ombudsman's office, the Play Fair Code has therefore established itself in the Austrian sports world as the central point of contact and advice for athletes, trainers, coaches and other persons affected by match manipulation.

With the activities of the past 7 years, an Austrian national action plan against game manipulation could therefore be implemented together with the Erste Bank Eishockey Liga and all other members or partners.

At the European level, Erasmus+ programmes accompanied by the Play Fair Code and supported by the EU are the European Rookie Cup (ERC), Fix the Fixing (FtF), Anti Match-Fixing Top Training (AMATT) and Against Match Fixing (AMF) projects.

The Play Fair Code has been awarded the European Fair Play Diploma 2014 for its efforts in the fight against match-fixing.